The meeting was attended by the Prime Ministers of the Russian Federation Dmitry Medvedev, Belarus – Syarhey Rumas, Armenia – Nikol Pashinyan, Kyrgyzstan – Mukhammedkalyi Abylgaziev and Chairman of the Board of the Eurasian Economic Commission Tigran Sargsyan.

Before the event, a meeting of the heads of delegation of countries with the President of Kyrgyzstan Sooronbai Jeenbekov was held.

The meeting participants considered 15 issues on the agenda for the further development of integration processes, increasing trade and economic cooperation, and removing barriers in the EAEU domestic market. The parties celebrated the 25th anniversary of the idea of Eurasian integration put forward by the First President of the Republic of Kazakhstan – Elbasy Nursultan Nazarbayev and the 5th anniversary of the signing of the Treaty on the Establishment of the Eurasian Economic Union.

The Heads of Government exchanged views on the regulation of the alcohol and financial markets, distribution of import customs duties within the EAEU.

The conceptual issues of cross-border information interaction, the development of industrial cooperation, the agro-industrial complex of the Union member countries, as well as the cooperation of customs services of the Member States of the Customs Union were discussed. 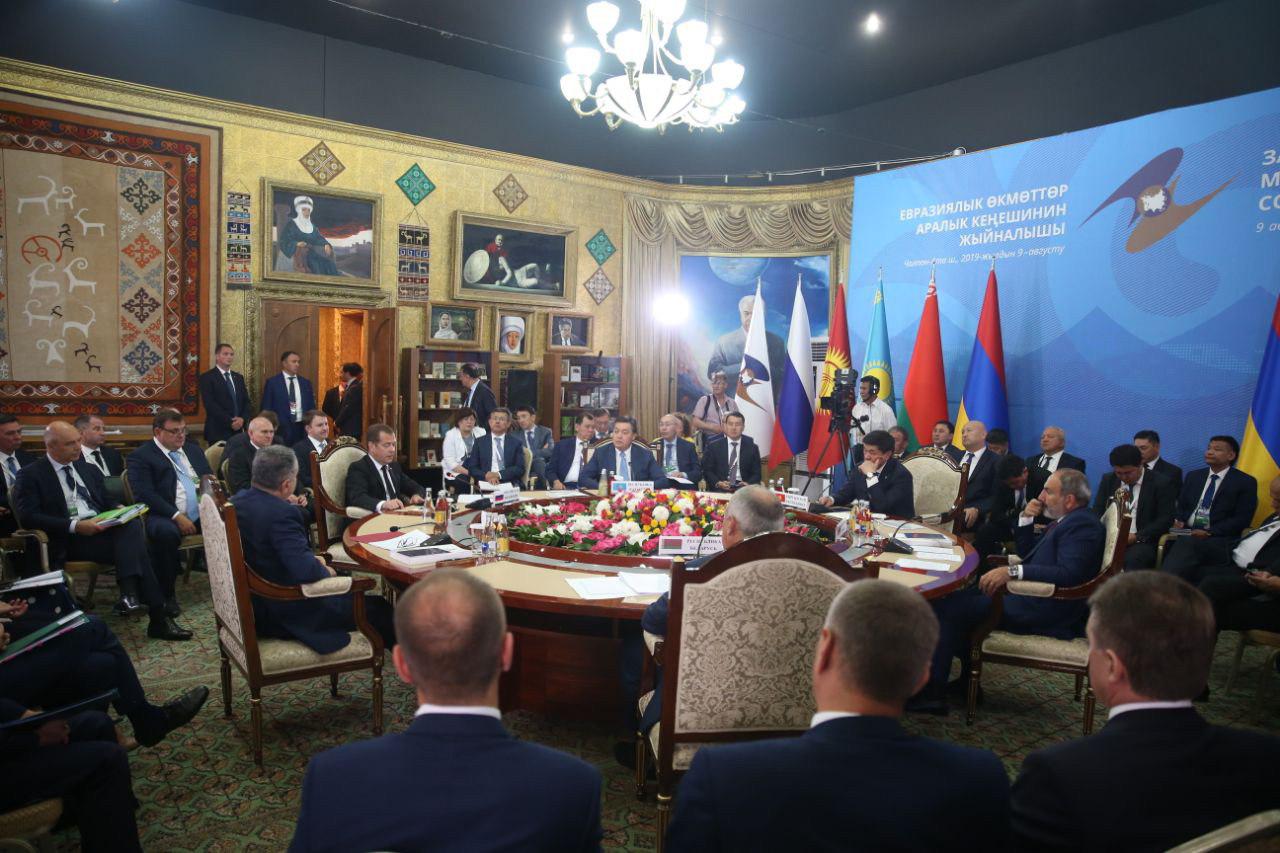 “Currently, work is underway to implement the provisions of the Treaty on the EAEU on pressing issues of cooperation, to develop a draft strategic directions for the development of Eurasian economic integration until 2025,” Mamin said.

According to the prime minister of Kazakhstan, given the prevailing conditions in the global economy, in order to have a positive effect on the growth of the economies of the EAEU countries, special attention should be paid to the development of industrial cooperation. This direction should become one of the main economic tasks on the common agenda of the EAEU.

“This sector can give an increase in gross product of up to 1.5% of GDP,” Mamin said and suggested developing a digital map of the distribution of industrial enterprises across the Union countries.

The need for the development of electronic trading platforms was also noted. The use of this promising global trend will contribute to the growth of both mutual trade and stimulate the export of goods to the markets of third countries.

The Kazakh prime minister noted the high potential of the EAEU for integration into the international transport network. Along with measures to simplify customs procedures for transit through the territory of the member countries, the EAEU Unified Transit System currently being developed as an effective tool.

According to the Head of the Government of Kazakhstan, it is necessary to develop cooperation in the field of financial markets, protecting the rights and interests of consumers of financial services and investors, trade and investment cooperation.

Following the meeting, 12 documents were signed.